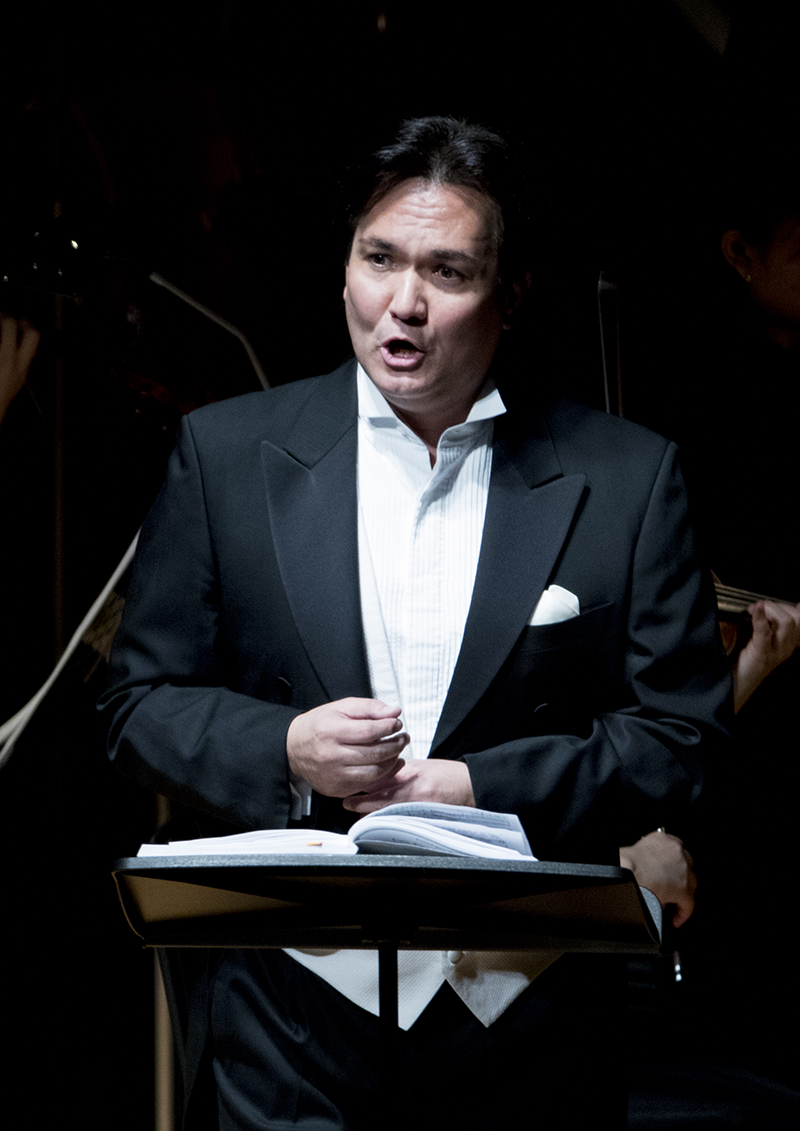 John Ken Nuzzo is an American tenor from Tokyo, Japan and an alumnus of Chapman University in Southern California where he majored in vocal performance. In the year of 2000, he made his debut with the Vienna State Opera, one of the three most respected Opera theaters in the world. Following year, he won the Austrian Eberhard Waechter Gesangsmedalien, a special medal for new comers in the operatic field. After winning this award he established his status as a tenor singer in Europe, making his appearances in “West Side Story” by Bernstein at Vienne Volksoper, “Der Konig Kandaules” by Zemlinsky and “Les Contes d’Hoffmann” by Offenbach at Salzburg Festival, aside from his regular roles at the Vienna State Opera.

After his success in Europe, he got the invitation from the legendary conductor James Levein to sing at the Metropolitan Opera. While he made his name in Europe and USA, the Japanese TV in his homeland heard about his achievements, and made a special program following his activities. This program, called Jonetsu Tairiku (Passionate Continent), caused quite a stir among Japanese viewers, and he became a well-known figure over night. This opened several new opportunities like singing the theme song for that year’s historical drama series “Shinsen-Gumi”, broadcasted by NHK, the national broadcast in Japan. He also sang twice at the year-end music TV program, NHK Kouhaku Utagassen (Red and White singing battle), which made his position in Japan immovable. He also had the honor of singing in front of His Imperial Majesty the Emperor of Japan, Her Imperial Majesty the Empress of Japan, and the late His Pope John Paul II. He also sung both anthems (USA/Japanese) at the first ever MLB opening game in a foreignland. He also sang for the International football and ice-hockey games.

In 2016, John Ken Nuzzo sang the duet from the opera “Les Pêcheurs de Perles” with Plácido Domingo. John also sang Britten’s “Serenade for Tenor, Horn and Strings, Op. 31” with the world famous horn player, Radek Baborák in same year. In addition to that, he has released new album “Italian Aria”, and sang concert at 10 cities in Japan.

The year 2017 included Rossini’s “Pettite Messe Solennelle” at Suntory Hall, soloValentine’s concert with the Kyoto Symphony Orchestra and the Beethoven’s No.9 at the Wiener Musikverein in Vienna. He was also active recording Schumann’s “Dichterliebe” and making is concert debut at the National Theaters of Taiwan and Hong Kong.

In 2018, he will sing Nadir in the opera “Les Pêcheurs de Perles” at Tokyo Metropolitan Theatre and Spring Music Festival at Karuizawa Ohga Hall.

Get the latest information from John Ken Nuzzo